A native of Ontario, Judy Tryon began her pottery career in Saskatoon, taking recreational classes in the early 1970’s. 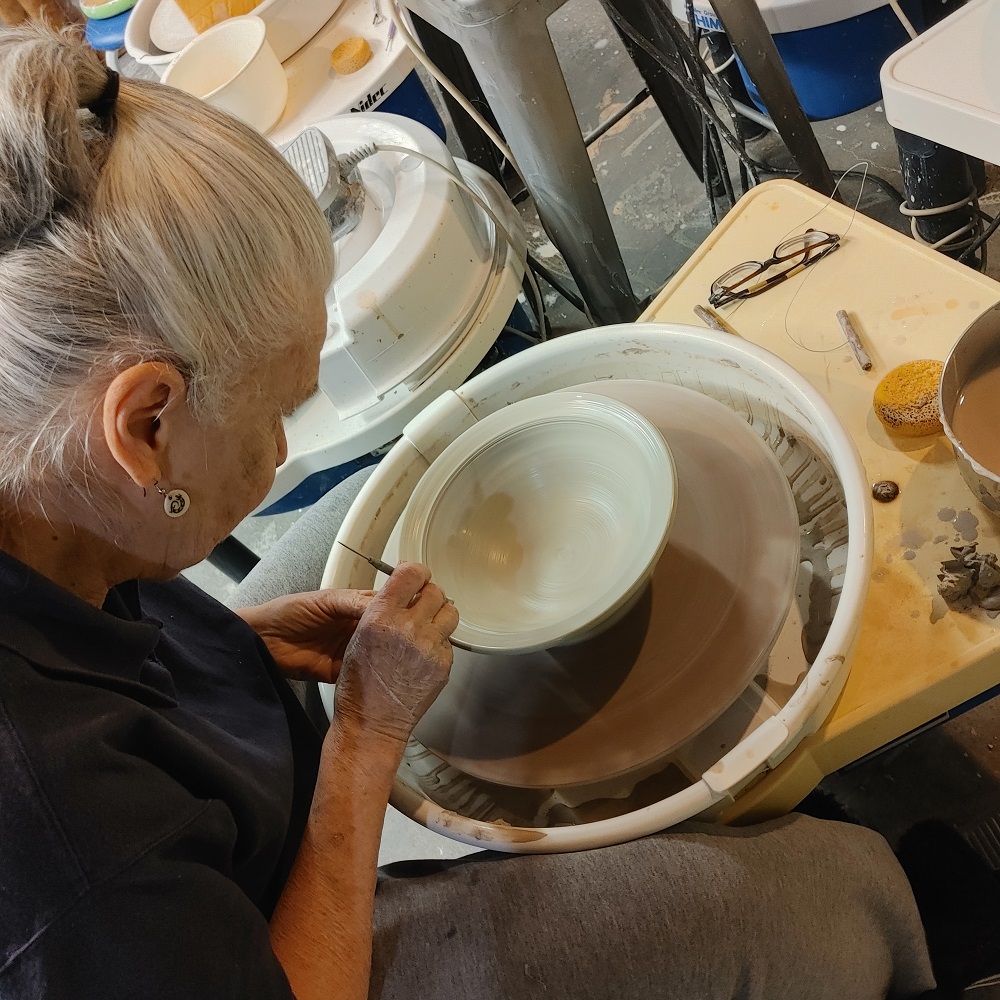 By the end of 1970, after having taken continuing education, Judy began to teach pottery classes for the City of Saskatoon. In 1994, she opened her own teaching studio, JT Pottery. Judy also conducts workshops throughout Saskatchewan and in schools.

Since 1984, Judy has produced several lines of hand built and wheel thrown functional ware, as well as “one of kind” work, including raku, salt, and smoke fired pottery.

Her work is marketed through galleries, retail outlets, and craft shows.

Active in the Saskatchewan Craft Council and Sask Terra, Judy has exhibited nationally and internationally. She is the recipient of several awards and her work can be seen in ‘The Ceramic Spectrum 2nd Edition” by Robin Hopper and in “500 Teapots: Contemporary Explorations of Timeless Design” by Kathy Triplett.

Prices subject to change based on individual pieces.

Pieces that are marked SOLD may be closely recreated by the artist upon request. Please call the Gallery for more information.