Garnet Hall grew up on a farm in the Huntoon/ Stoughton area in South East Saskatchewan. He moved to Vancouver Island after graduation. While living there, he gained an appreciation and interest in craftwork.

He returned to Saskatchewan in 1980 to his family farm and started a small commercial Honey Bee operation. During the winter down time, he started making wooden toys utilizing Saskatchewan Birch. Once he became a Juried member of the Sask Craft Council, he found a ready market for the toys. 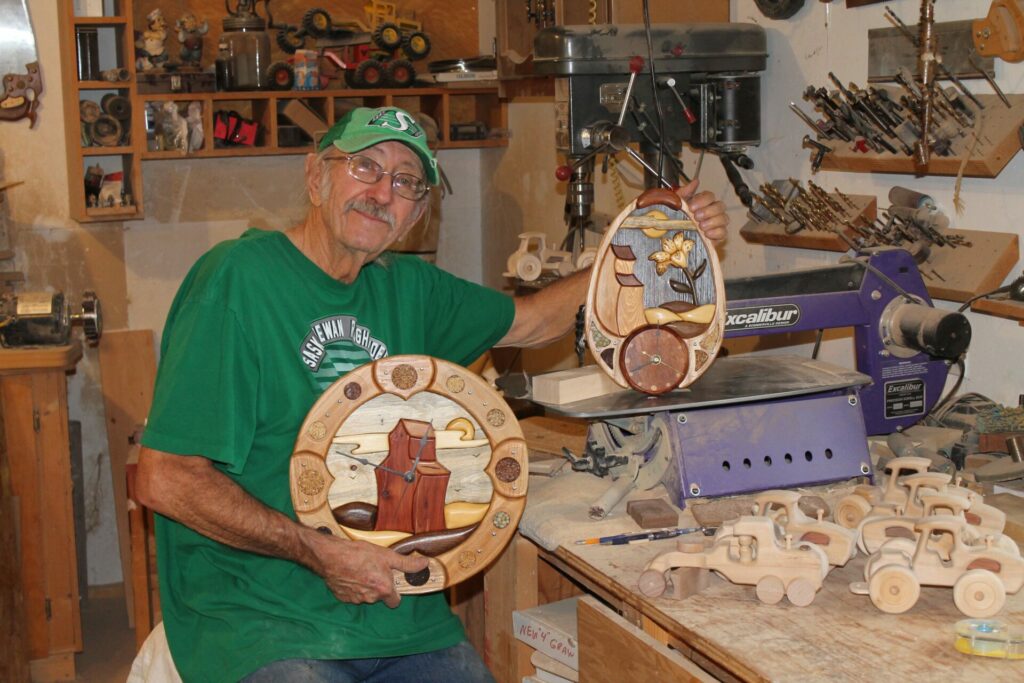 Discovering Intarsia changed everything for Garnet.  Intarsia is a Craft/ Art form that has been described as “painting with wood”. Various species, shades, colors and grains of wood are used to create images; not unlike relief carving.

Garnet then spent some time on the craft circuit selling Intarsia, and started designing and selling patterns. He found a lot of people were interested in learning how to do Intarsia so it led him to give workshops on Intarsia. This pursuit has taken him all over North America and to London England where he had the honour of attending a wood show in the Alexandria Palace, the fanciest wood show he has ever seen.

Garnet has published 3 books on Intarsia through Sterling publishing of New York and written numerous articles for wood working craft magazines. He has also created some filming for wood shows around North America.  Intarsia has taken him to a lot of places were he has meet a lot of interesting people.

A life long love of the prairie, living sky and agriculture has influenced what I do.

I enjoy and need to be making whatever my imagination brings up.

Now semi-retired, I am back to craftwork, planting trees on our acreage,

It is lots of fun. 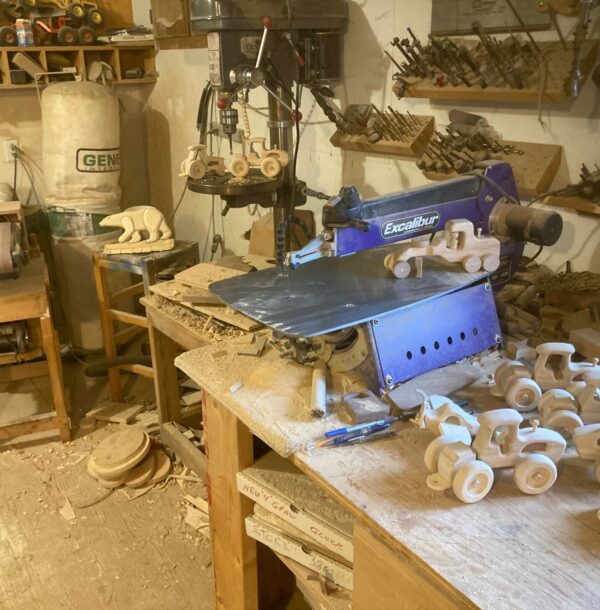 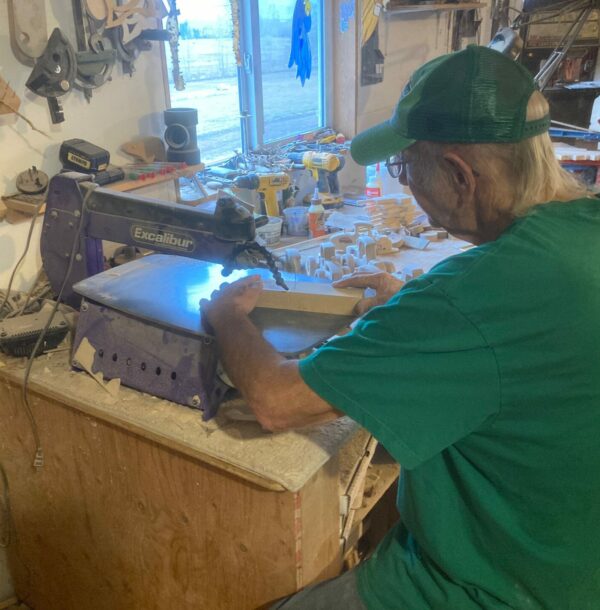 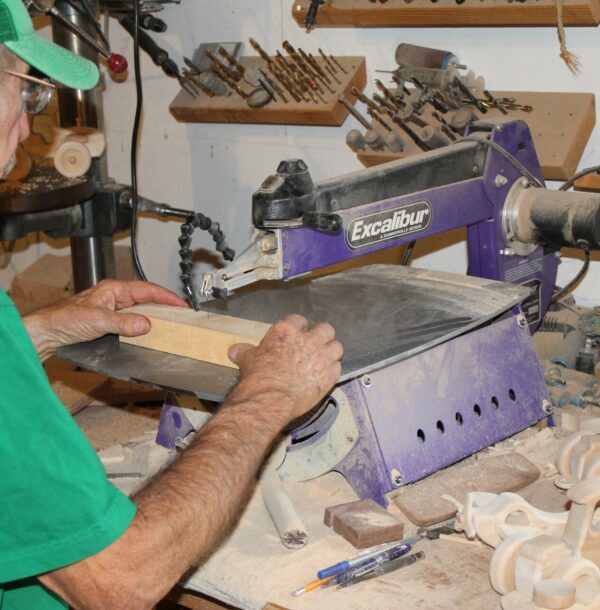 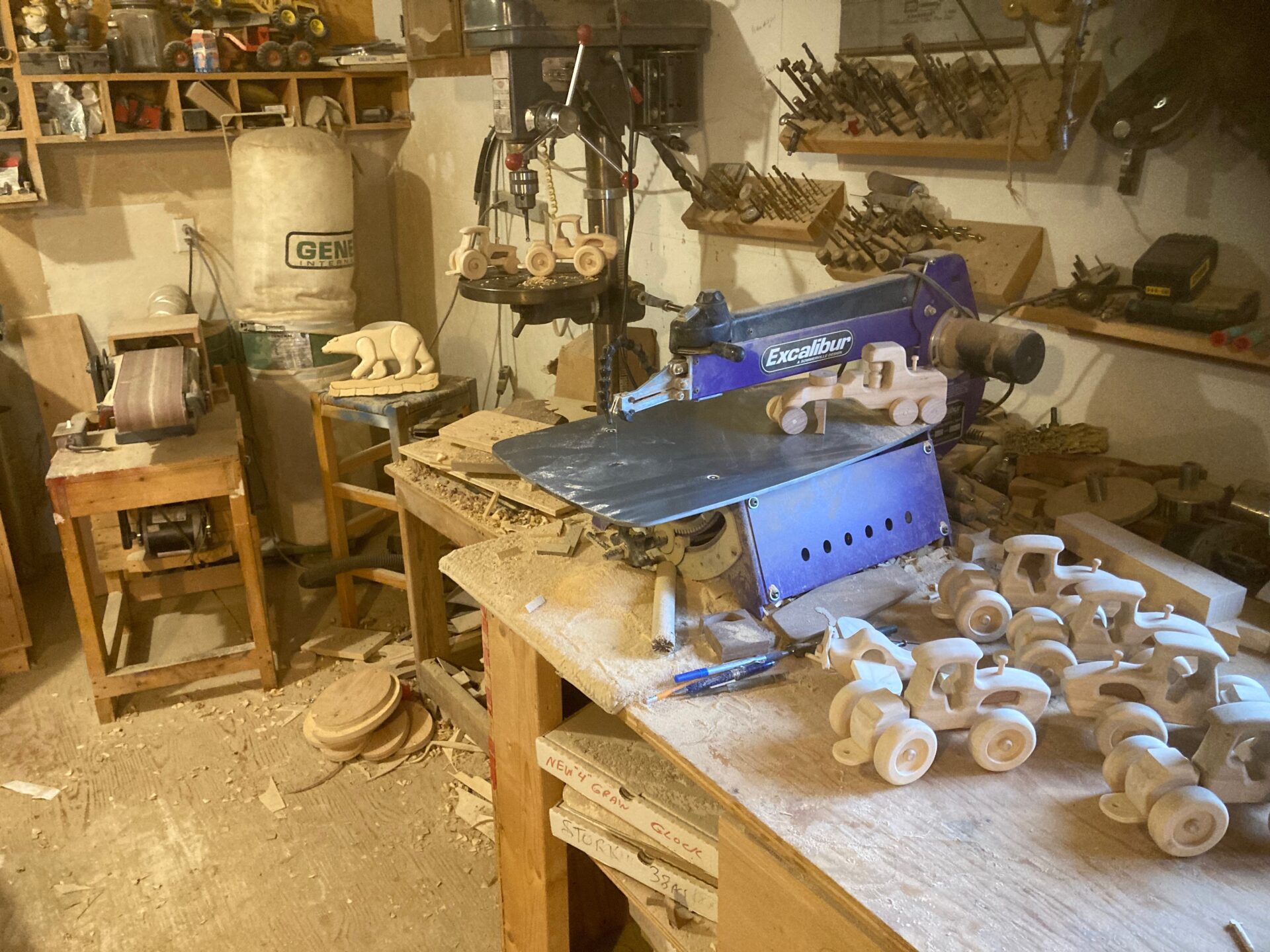 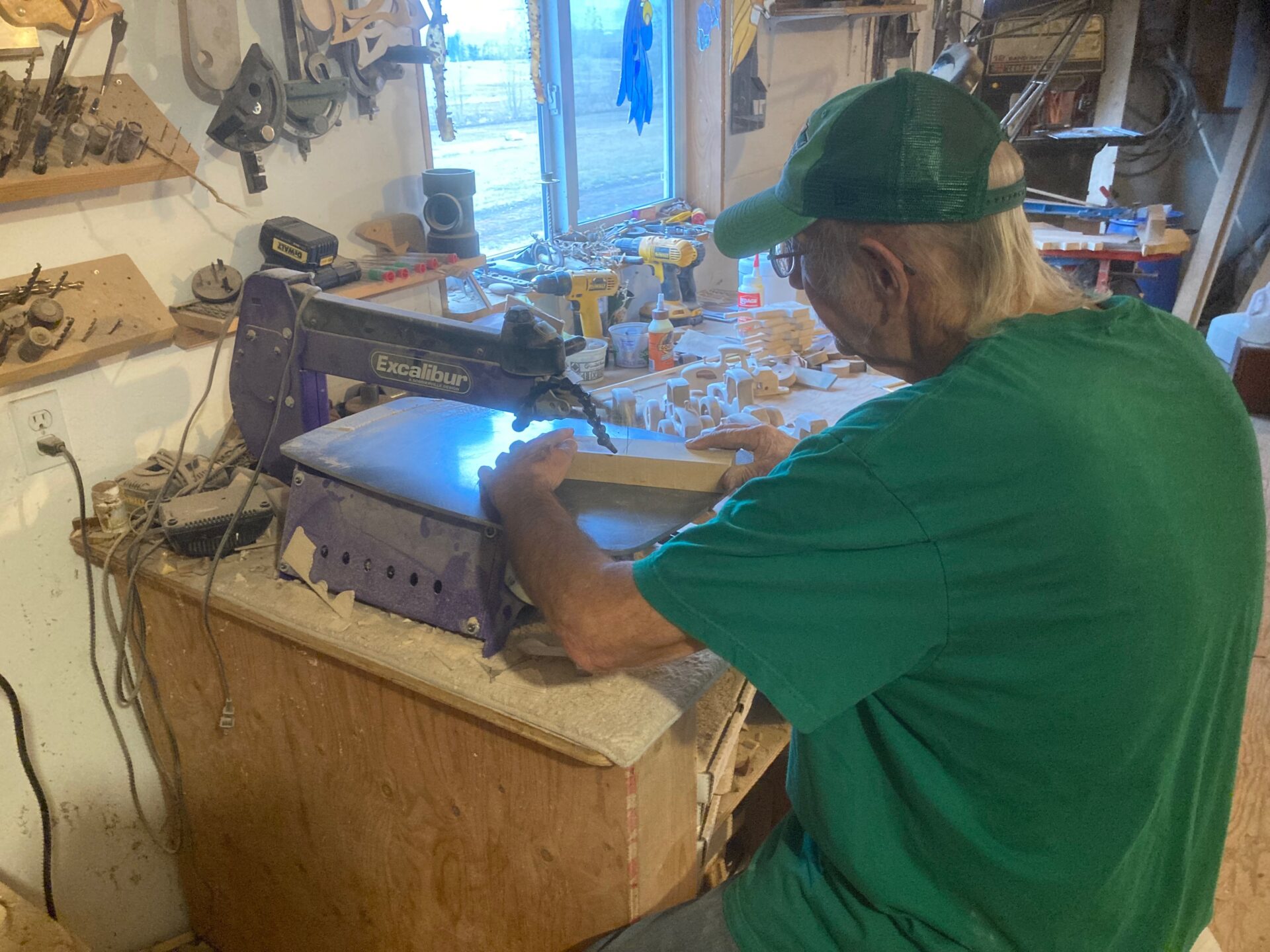 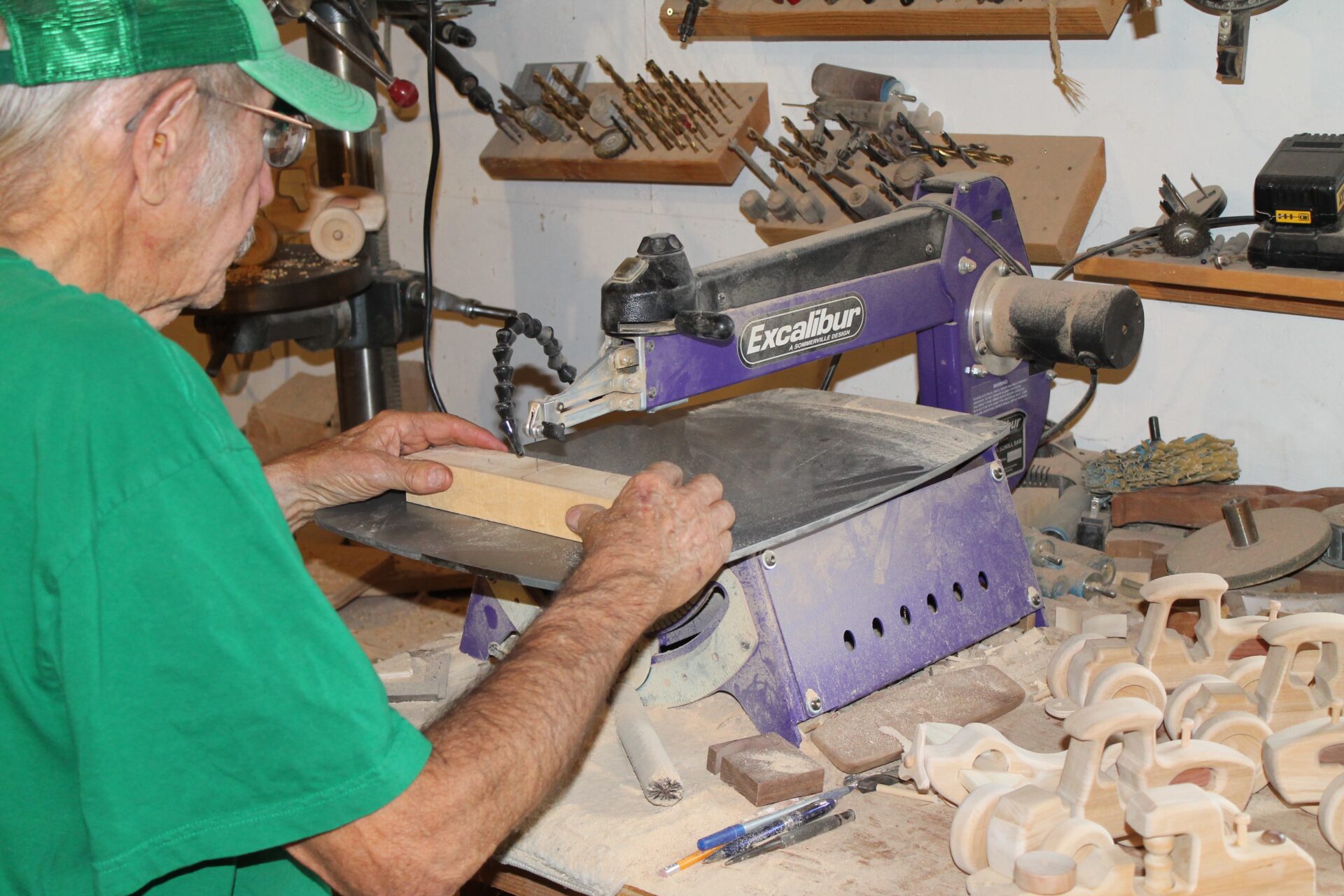 Enjoy this creative catalogue of work by Garnet Hall.

As unique, one-of-a kind art pieces, guaranteed availability may not be immediate.  Art items that appear without a price are currently not available in store.

Please contact Yvette Moore Gallery and we will work with our artists to recreate similar custom pieces.